The Queens-based photographer on style, community, and 90s punk aesthetic.

The work of Yulissa Benitez represents a fantasy vision of New York: a New York of warehouse spaces and anonymous faces under unnatural light; a New York of youth, their features obscured or distorted by light and motion blur, united as a community of punk and grunge aesthetic. When asked to list her influences, they range from the 90s typography of vintage punk posters to her early experiences at school in Hell’s Kitchen, Manhattan, photographing friends and skate kids, all catalyzed by her experiences in the punk and experimental New York music scene. 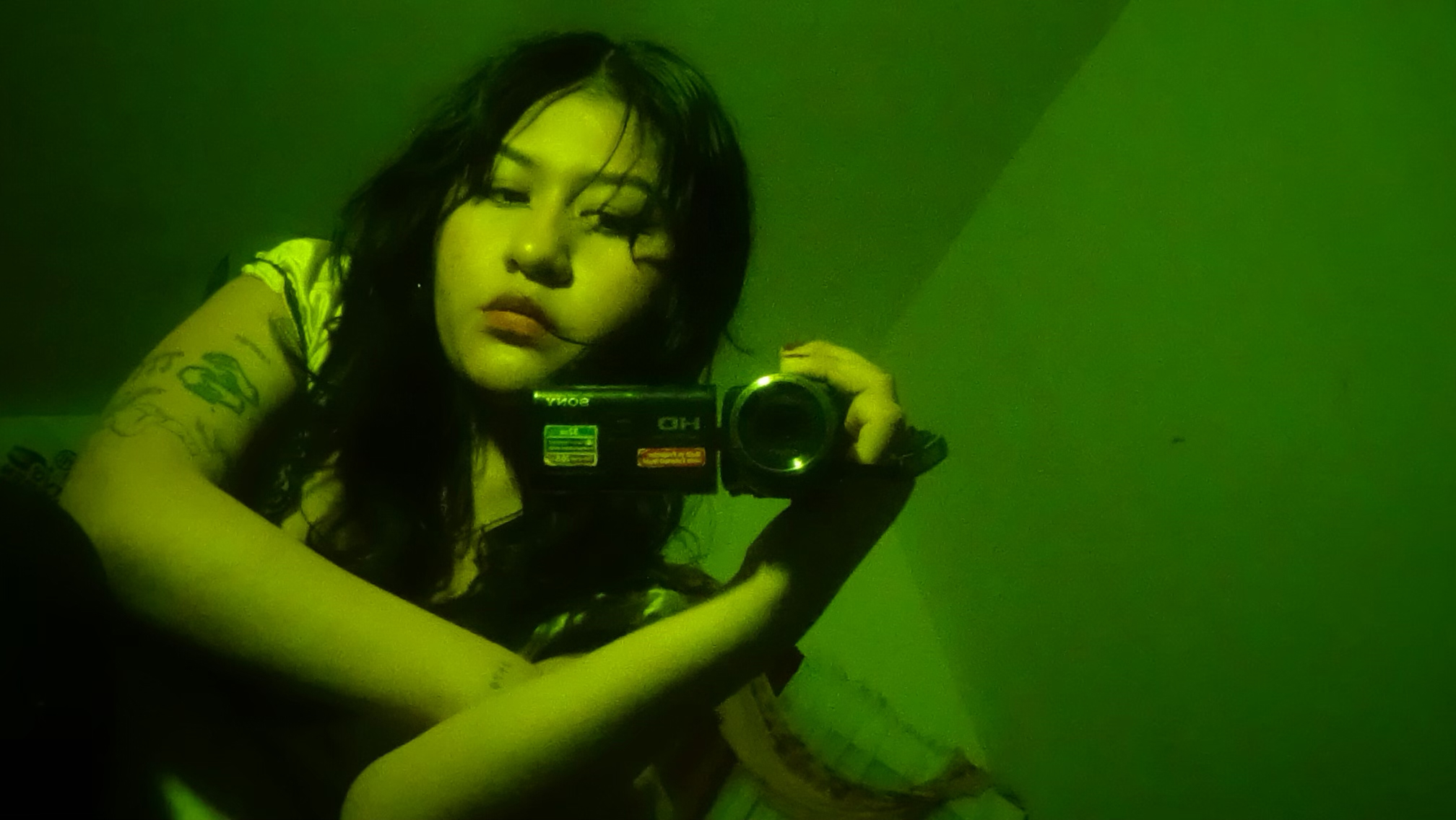 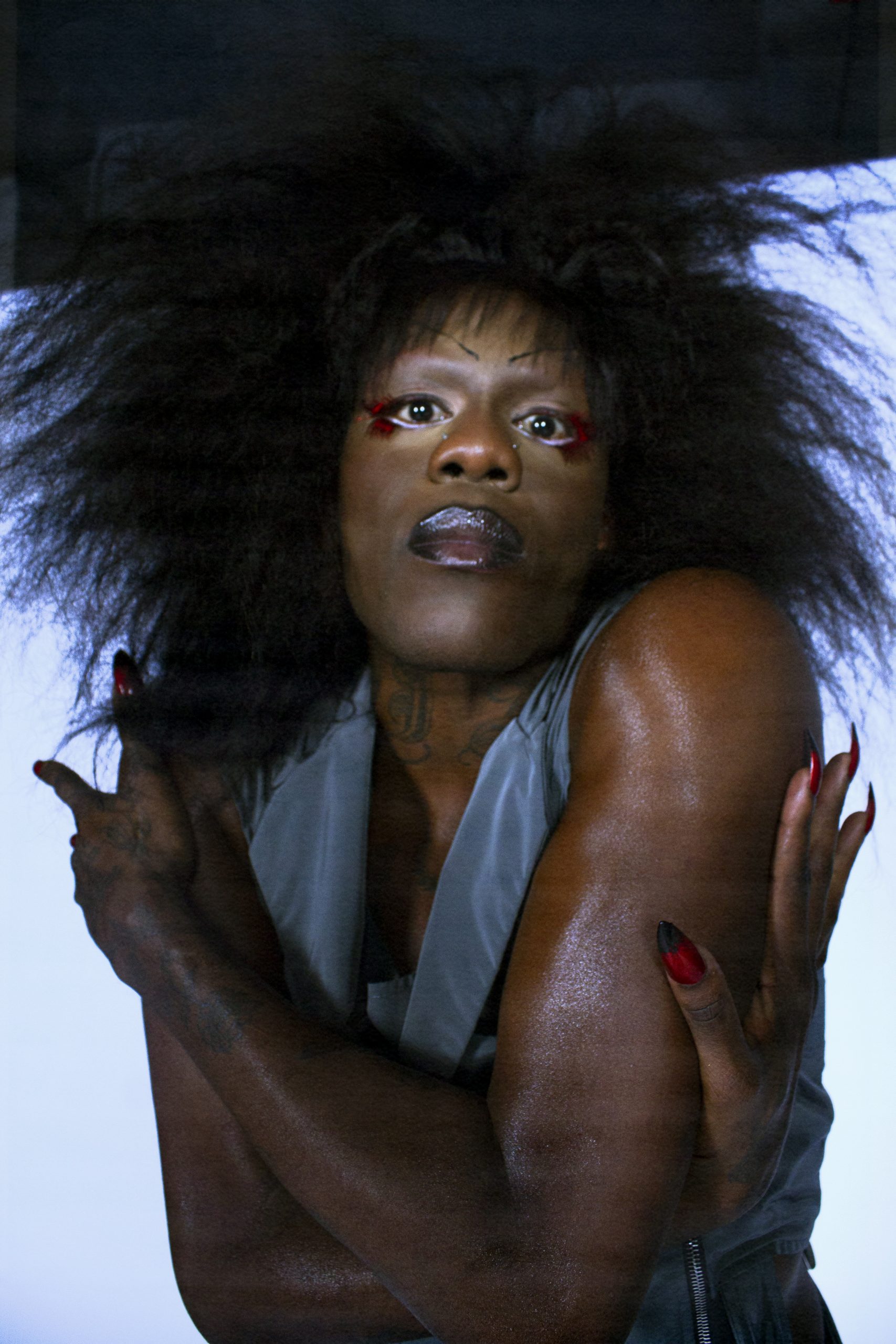 Yulissa, or Yu.lez or ‘Yules’ to her friends and growing pool of followers, is part of a new generation of Self-made artists, an almost auto-generating community where creatives make a living by putting each other on. Her work occupies a zone of people not moving in the traditional lanes for creative id, but by an atypical expression moving more androgynous, more amorphous and fluid. Her own boredom with archetypes cited as a source of inspiration, Yulissa’s inventiveness operates in pursuit of what’s interesting rather than making a specific statement. Her dream of old New York is caught up in the new one: the kids do what they want and the kids turn out fine. The self-made standards of who you can and can not be, what you can and cannot do, what can and cannot be made, become totally nebulous. 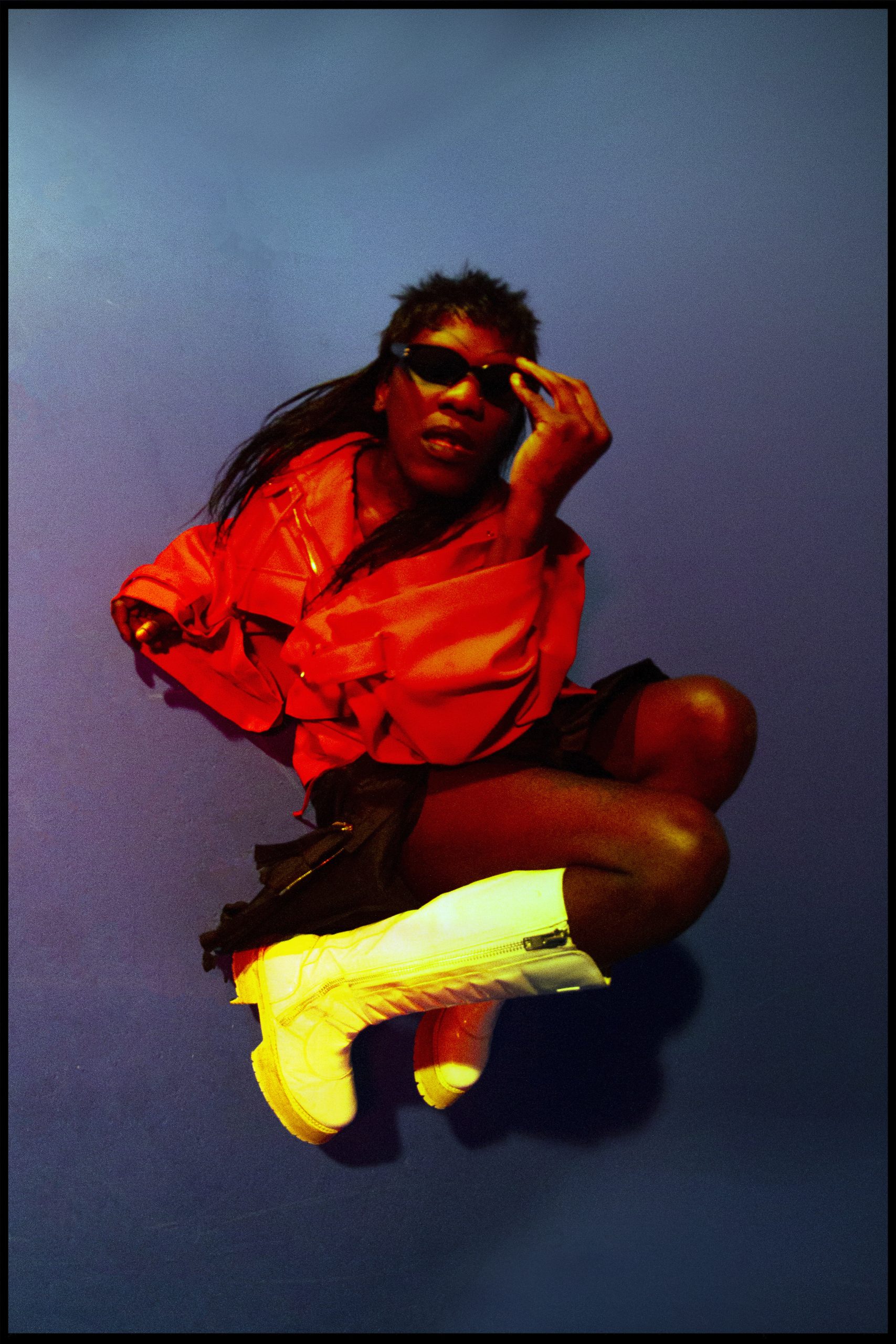 Tótem: Hi Yulissa, how are you?

Tótem: Can you go a little into your background?

Yulissa: I’m from Queens, New York. Ozone Park, Jamaica-Queens. I’ve been shooting for years now. Queens is pretty quiet—very family, suburban—so I decided to go to photo high school in Hell’s Kitchen, Manhattan. That’s where I started doing photography. I picked it up in 2012, and since then I’ve just been shooting.

Tótem: How’s the quarantine been treating you?

Yulissa: Honestly, I went back to work a year ago. My quarantine kind of stopped there. After going back to work I started shooting again, too. I picked up where I left off, I guess. What else was I going to do?

Tótem: Your photography is very inspirational to me, personally. When I look at your photographs, it’s this New York projected-fantasy life. There’s a real romantic vision I have of NYC and your work really captures that. What’s your experience been like living in New York, and how does that translate to your photos?

Yulissa: Growing up in New York, I was exposed to a lot of similarly-minded people, people who were really into the things I was into, and people who showed me other things, too: cool movies, cool music… Overall really fun experiences. I fell in love with that. When I started making friends in high school I started developing my own for-real personality. My best friend showed me a bunch of new music, and we started going to shows. I started taking pictures at shows, and taking photos of people. That was the same time Instagram was rising, and Tumblr. I was growing up, going to shows, taking photos, going to parties, hanging out with the skater boys at the park. I would just take photos of my friends and share it on Instagram, and people started hitting me up. New York is just a small world, and connecting with people is where I started to work.

Tótem: How did you develop your editing process?

Yulissa: When I started high school, it was either you chose Visual Arts and Design, or Photography. The school actually gave me six months to do both. I ended up choosing photography, but where I learned Photoshop was in Design in high school. I stopped doing that; I just focused on the dark room. After I graduated I stopped shooting for a bit because I went to college. I wasn’t really taking it seriously until maybe two years ago. Then I started shooting again, and thought it would be fun to dust off my Photoshop skills and mix it up. Now, I feel my editing process is a lot heavier. I play a lot with color, and different lighting scenarios. 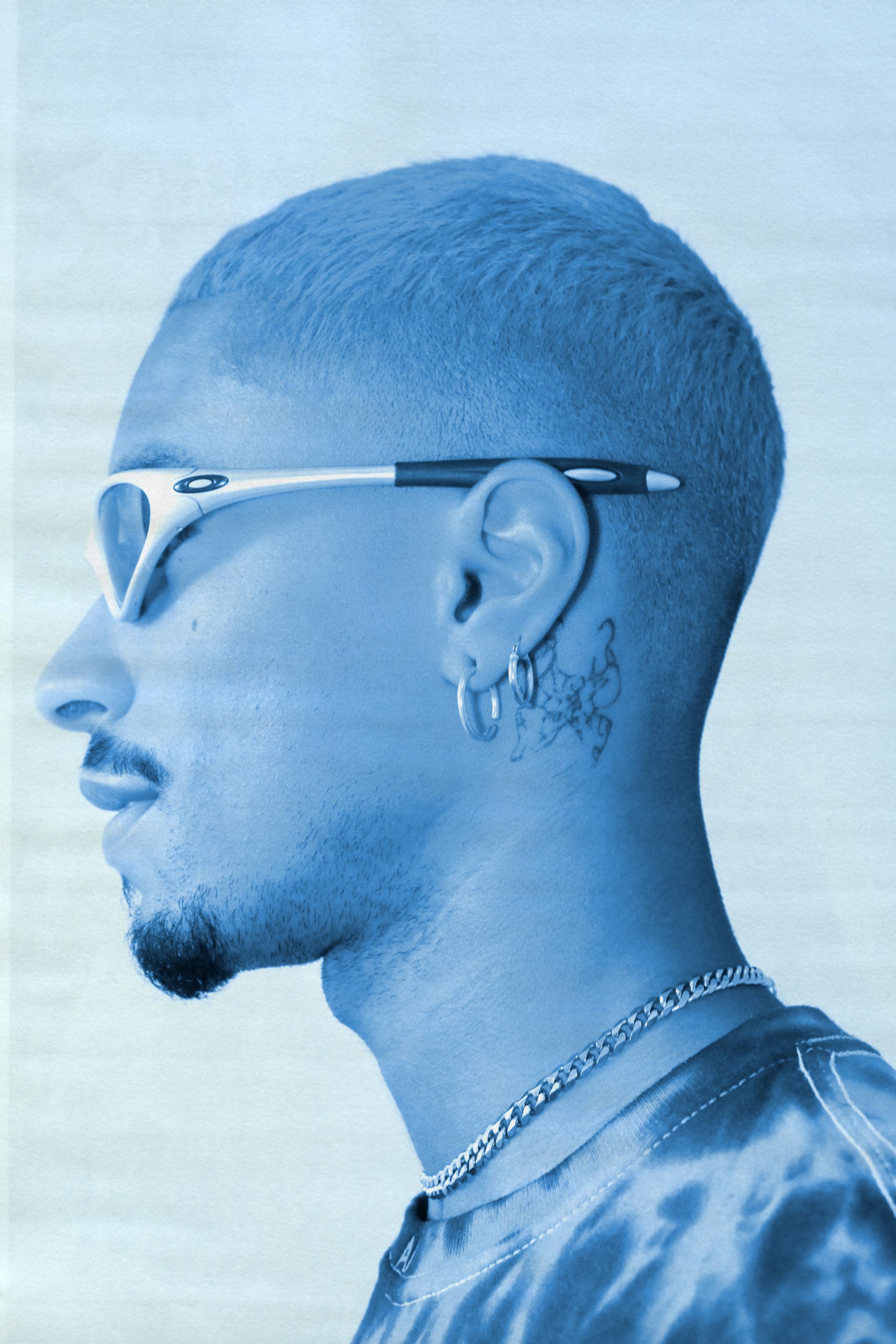 Yulissa: I guess it’s from people putting me on, and showing my work to their friends. In the music scene here, at least the one I’m a part of, a lot of artists are friends of friends, of friends. It’s a small group of people who are just like, ‘Hey, you would love Yulissa’s work,’ and their friends hit me up, and they end up knowing people I’ve been wanting to work with.

My first office feature was maybe two years ago, and that was through a friend who put me on. It’s all through the internet and word-of-mouth.

Tótem: I also wanted to know more about the editing style that you’re into now. Was there an initial trigger where you were saying, ‘oh, I want to see more of this in my work,’ or were you just going about it intuitively?

Yulissa: I guess music. I’ve always been really into 90s and 2000s music culture. If you see their photoshoots and music videos they go crazy – the angles and the colors are so insane. That’s one. And punk posters are another influence. You know, black-and-white punk show posters, old fliers from the 90s, raves, music videos, music. I try to interpret it into my photographs now, and then build what I want from there. I never really plan it, I just go along with the photo. There’s a lot of trial and error, and not everything I do is good. I do a lot of layering, and scanning, and sewing. I’ve been sewing a lot of my photos. 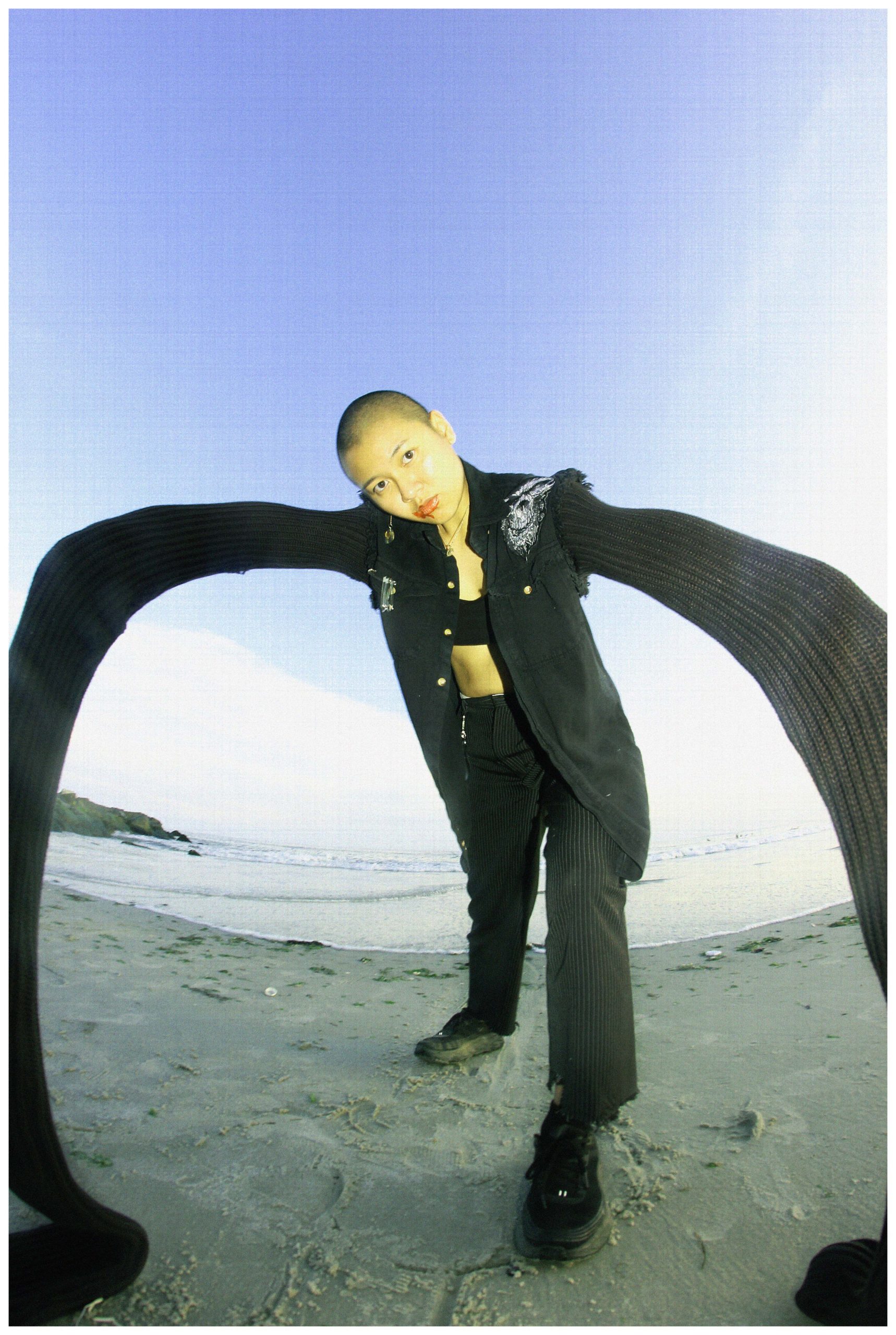 Tótem: That’s so og! I love it. Do you see yourself as continuing a tradition, then? Like this style from the 90s; reinterpreting and continuing?

Yulissa: Yeah, reinterpreting. Eventually I’m going to get bored with the things that I’m doing now, like grow out of it. I kind of want to get more into street photography. Stray away from editorials and photoshoots for a bit, and take photos of nightlife. It’s almost post-pandemic – is that the word? [laughs] It sounds so crazy to say – and once things start getting better and people start going back out I think it’s going to be really cool to photograph that: life after the pandemic.

Tótem: What do you want to see overall in image culture? Not just you, but in pop culture and representation.

I really like a lot of what I’m seeing now. There are so many talented people out there. I want to keep seeing people who deserve to shine, shine through. I want to see the kids getting paid, getting opportunities, getting their work put on.

Tótem: As far as experimentation goes, what do you want to see from yourself?

Yulissa: I want to experiment with video. My friend makes music, and they’re trying to get things going again now that shows are resuming. They want to make a video and they want me to work on direction for it. I think that’s a good start, with somebody I already know, and am a little more comfortable with. 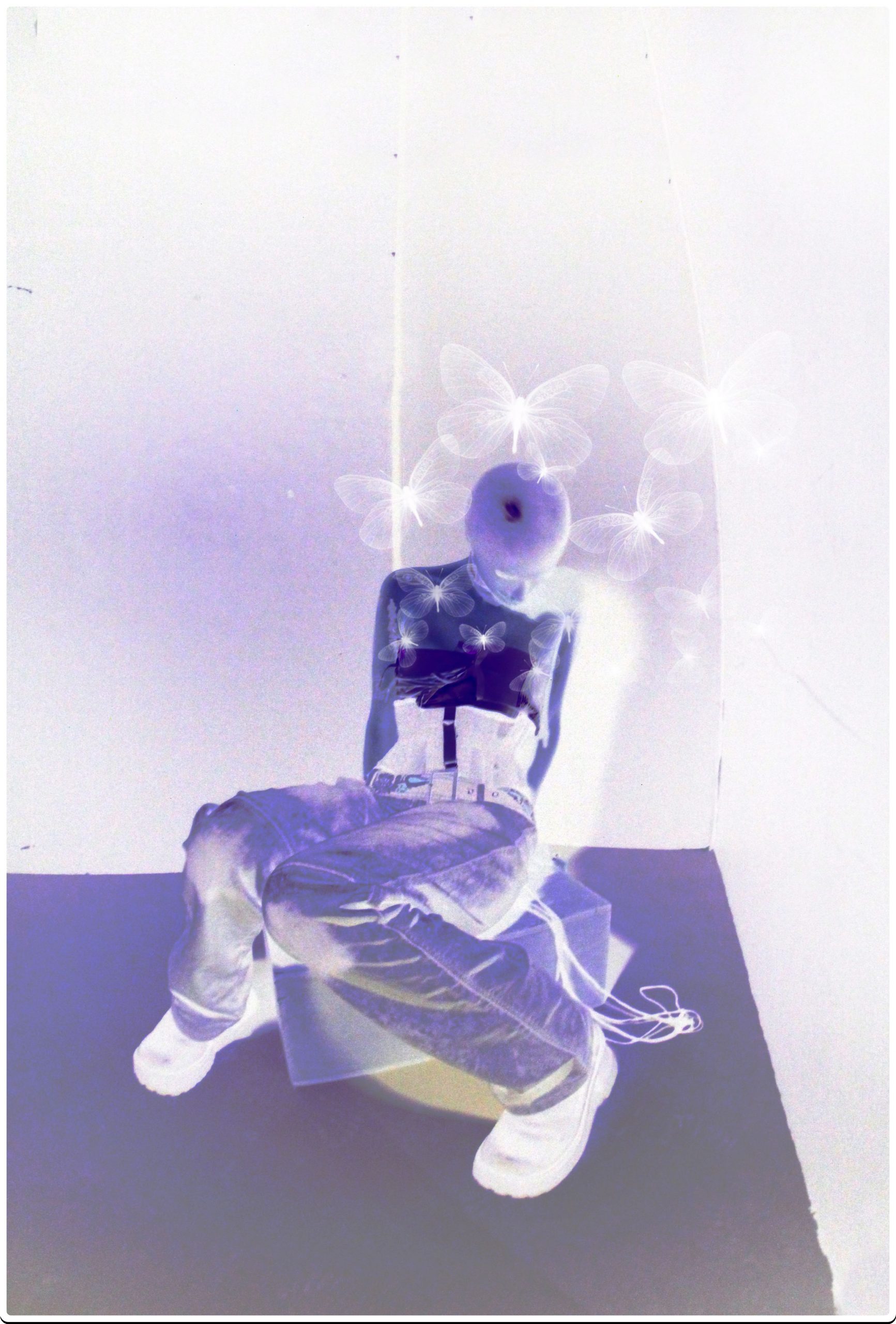 The Candour of Cecilia Gault

Studs and Spikes: A Conversation With Rebel Photographer Ruben Preciado 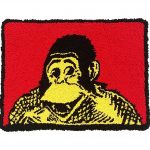 Tufting and Tapestry: An Interview with Annais MoralesTótem Pleasures

Rascuachismo, Empowerment and Art: An Interview with Lizette HernandezTótem Pleasures