Pandemonium is an art series created in order to support artists and to create a dialogue and continuity around art, its shared concepts, experiences and ideas.

Energies flowing through the sun

Sun lightning my being

Energies flowing through my body

I know, I know

My body as nature and nature as my body

My body as rocks: unique, filled with stories about herself and her surroundings

So many secrets in kernel

I am dissolved by the moon

But I take with me them marks

And so whole it becomes

But disappears with time

A time that persists

Where scars become stories about someone or something that happened

In order for her to heal

That is how I imagine nature in my body

Leaving landscapes between me mountains

Leaving evidence of her in my flesh

ECDISIS is a constant process. It is a representation of our deepest nature and one of our purposes in life. Which I have come to know better throughout this interesting year. The opportunity of getting to go deeper within has made me realize that I rarely identify with anything, and so my reality gets completely dismantled and transformed into another one quite regularly. This slowly becomes more of a constant than something I’m very much aware. But this was the action/image that came to me in order to express how I felt these past months; transmuting, constantly dying and being born, leaving, one by one, my many skins behind.. I also realized old skins are not for me to forget unambiguously, even though it doesn’t help when my rational process gets stuck in one of them. It is important to patiently, slowly, deliver them back to earth. The earth heals everything; it literally sucks all poison and spits it back as something pure, beautiful and unique. Weeds can be plants, I read once.

As most people, my work has certain influences from others I’ve studied because of my admiration or curiosity for them. In this case, I couldn’t help but relate ECDISIS to Ana Mendieta’s artwork. “True identity will only be found when we reject individuality,” she used to say.

Ana Mendieta’s work calls into question traditionally accepted ways of seeing life. And one of the most common concepts in the human experience is individual identity. I believe a great number of people still assume that they are mere individuals and so need identity. One that might align with concepts such as gender, sexual preference, heritage, social class, and political status. However, due to the fact that Ana was up-rooted from Cuba, her homeland, with which perhaps she would have associated her identity with, she was not willing to accept identity as a fixed concept. She believed that there is no one true way to define such a concept, and so she was in need to connect with her roots, roots that go through earth’s profoundest layers.

Part of Ana’s understanding and practices came from Santeria. It was by fusing this mystical culture and her own personal beliefs, that her work came to express the connections among opposing forces and the complexity within commonly understood concepts. She evolved by exploring new ways to create and to challenge traditional views of her and life itself. She had a distinct way of looking at her own identity. And instead of being confused, searching to find one, Mendieta used her work as a means of ripping masks.

The Silueta series, perhaps her most known pieces, shows her arts gesture towards a more primal state. She literally inserted herself within the land, but she was also aware of her flesh limitations and the fact that there is no actual way to do this but dying. So she evoked the death of her body through association and memory. She left her mark on the earth and trusted in its ability to absorb it back into her-self. She wanted to be consumed by the power of nature. And so she did. And so did I, and eventually will again, eternally..

Carta del editor : We are all Tótem 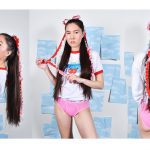 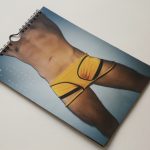